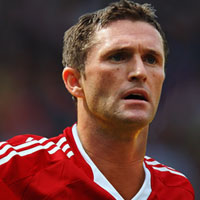 In what will be seen as great news in the twin tracksuit capitals of the world, Robbie Keane from “out in” Tallaght, Dublin, has signed for Liverpooel in a €24m deal.  In spite of Spurs’ valiant efforts to stop the Republic of Ireland striker making a cultural stereotype out of himself, Keane will return to his childhood and run around wearing the shirt of his chosen English heroes. Expect several things to come out of this: Adidas to vastly increase its share in the Irish market; Spurs to suddenly lose a few of its “die-hard” Irish fans; a general upsurge in local punters who claim they have “always supported” Liverpooel; “out in” Tallaght to be twinned with Toxteth at long last; Keane to be referred to as ‘the new Kenny Dalglish’ – particularly by those who have to subtitle his TV interviews; Dominos Pizza to consider proposing a sponsorship deal; and, a little further down the line, Keane to start making louder noises about how he would like to “end his career” at Celtic.