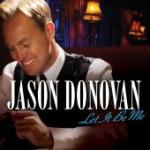 Jason Donovan: Let It Be Me Poor Scott from Neighbours; after Charlene (Kylie) went off to be a mega-selling pop princess and Mike (Guy Pearce) found Hollywood stardom, he did his best with the slim pop-pickings and Technicolor dreams, stuff that suited his limited voice. Now back on TV, with a certain retro chic and no little goodwill, Jason Donovan has stymied it all with this appalling record.  Carole King, Bobby Darin, Billy Fury, The Platters, Phil Spector . . . you name them, Donovan’s mauled them. This can only be for his original fans who have bought and heard nothing since Ten Good Reasons came out 19 years ago.  Karaoke arrangements, Fame Academy interpretations, and don’t even mention the wince-inducing high notes. Blue Velvet? Blue murder, more like. Smoke Gets In Your Eyes? No, I think it’s soap, Jason.

The Music: Strength In Numbers The more things change, the more the Music stay the same. Six years on from their debut, and now with a new label, they’re still taking themselves too seriously, still rocking like Led Zeppelin attached to a disco pacemaker and, for all their perceived anxiety, still sounding like their lyrics and song titles are self-indulgent afterthoughts.  For their third album, the Leeds four-piece crank up the beats by recruiting Orbital’s Paul Hartnoll on knob-twiddling duties, but the effort only underlines why the Music were left standing by contemporaries such as Muse and the Rapture earlier on in the decade.  While the anthemic title track is undeniably punchy, and The Spike and The Left Side have a certain sonic verve, Robert Harvey’s primal wail displays a tiresome lack of versatility, right up to Inconceivable Odds, a dire, predictable ballad, tacked on the end like a school disco slowie. Hardly the definitive article. 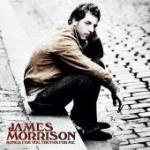 James Morrison: Songs For You, Truths For Me With his debut album, Undiscovered, James Morrison brought his treacly blend of Rod Stewart, Terence Trent Darby and gin-infused honey to multimillion-selling prominence. It’s little wonder, then, that his follow-up takes the same path; still labouring to make ‘soul’ whiter, sweeter and take fewer risks than a health and safety rep.  As before, the emphasis is on emollient emotion, with lovelorn lyrics written by predictive text and achingly evocative string arrangements. You can practically visualise the chest-beating self-effacement in Save Yourself, while You Make It Real could be a motivational note-to-self for Morrison’s vicarious love-pain dispensary.  This is an album of bespoke saccharine grandiosity, with no more slickly sickly example than Love Is Hard, a cloyingly earnest ballad, which probably came out of the production factory marked ‘‘killer final track’’. Soul-by-numbers never sounded more calculated. 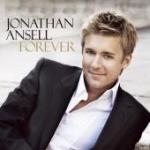 Jonathan Ansell: Forever A former member of X Factor vocal troupe G4, Ansell specialises in making ‘classical’ records for people who don’t actually want to listen to classical music. His second album, an unashamedly schmaltzy mix of showstopping arias and pop, carries the optimistic hope that we won’t wince at Queen and Daniel Bedingfield appearing alongside Verdi and Puccini.  But Ansell’s high-camp voice isn’t suitable for either discipline. His fluffy renditions of Libiamo and E Lucevan Le Stelle would evacuate Covent Garden, and none shall sleep after his musical-theatre murdering of Nessun Dorma. He’s happier on Aranjuez, whose subtle orchestration better suits his prime-time TV operatics; even O Holy Night carries a seasonal chill, if not of the festive sort.  The biggest letdown here must be for the England rugby league World Cup team, whose stirring, patriotic anthem Hearts Of England sounds like a disenchanted prelude to certain defeat. 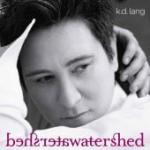 KD Lang: Watershed The once-magnificent Lang returns with her first proper album in eight years, but the rest hasn’t done her creativity much good.  These 11 tracks, all set to the pace of a snail in rapidly drying cement, see Lang easing herself into the elasticised waistband of Ingenue-lite MOR, where the torch casts a shadow and the country grates. Lang’s rich, voluptuous vocals are very much intact, but any potential beauty within the structures of these ballads is routinely spoilt by sentimental strings, superfluous steel guitar and copious, gruelling banjos.  The tender, heart-melting chords of Shadow And The Frame almost rescue a shred of Lang’s former glory at the death but the miserable whimsy of closing track Jealous Dog ends the album on a low ebb.  Absolute torpor and twang. 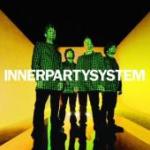 Innerpartysystem: Innerpartysystem Ever wondered what bad ’80s hair rock would sound like if it went electro? Of course you haven’t; why on earth anyone at Island Records did is beyond comprehension. Pennsylvania’s Innerpartysystem sound like the result of a twisted experiment to make an album sound dated, no matter when it was released.  For all their calculatedly fuzzy bombast and Patrick Nissley’s strangulated introspection, they rock like an emo Roxette.  Shockingly inert chord progressions fill out progressively ordinary anthems, each containing abysmal lyrics stating the entirely obvious via terrible metaphors. The album comes without a single redeeming feature, and if ever there was a case for judging a record by its song titles, this was it: Heart Of Fire, This Town Your Grave, This Empty Love and, worst of all, Die Tonight, Live Forever, all sound like leftovers from a video shop’s bargain-bin sale. Utterly excruciating.

79Cortinaz:  Hopioki Carlow quartet 79Cortinaz march ebulliently and belatedly into the fray with their bouncing debut but what they’re quite so cheerful about remains a mystery.  Hopioki’s sore-thumb standout is Deirdre’s Song, their four-year-old first single and the point at which their melodic aspirations apparently peaked; besides the promising intro to I Can’t Stand It and the chiming lament of She’s Awake, this album merrily plumbs new depths of barrel-scraping indie-rock mediocrity.  Witless opener Cindy Cindy is forehead-banging bilge, Drive Me Home is a sonic wince-fest with a vocal in need of industrial nasal spray, and Raspberry Bon Bons blows a last-gasp Bronx cheer in the face of good taste.  Producer Rat Scabies does his best to turn scraps into sustenance and roadies into rock stars but this album is an ideas vacuum; if they seriously believe Hopioki is okey-dokey, 79Cortinaz are heading rapidly for rock’s great scrap yard.  [N.B. They split in December 2008] 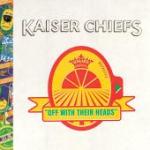 Kaiser Chiefs: Off With Their Heads There’s a vogue among established bands to announce a third-album change in musical direction; more often than not, it involves a couple of leftfield experiments, followed by a quick scurry back to their comfort zone. And so to Kaiser Chiefs’ third effort, which distinguishes itself from its predecessors merely by its directionlessness.  Sure, the catchy single Never Miss A Beat charms and infects to the point of nuisance, while the meaty Half The Truth recaptures some of debut album Employment’s rascally vitality; but elsewhere there’s little ubiquitous producer Mark Ronson can do to stop the musical and lyrical rot.  Tomato In The Rain is typical of their poetic paucity, Always Happens Like That is a lazy mangling of early Blur, and the Robert Palmer-aping line ‘‘might as well face it’’ on Addicted To Drugs is simply humourless. Off With Their Heads is, at best, a stay of the Chiefs’ overdue execution.

Rory: God Bless The Big Bang The former lead singer of Donegal rascals The Revs, Rory Gallagher picks himself a new sound, a shorter monicker and a sunnier outlook in a bid to make up for lost opportunities; the only problem being that his solo debut is a stinker.  Very much from the Mickey Harte school of variety show mediocrity, God Bless The Big Bang is an abject demonstration of abandonment of creative fire in pursuit of the straightforwardly dire. Gallagher’s old band’s cynicism about corporate codswallop (on songs like Louis Walsh) seems a world away on wishy-washy ditties like Walking In My Dreams and Happy Medium.  Whimsical titles like Daze And Knights only veil a lack of musical and lyrical imagination, most pitifully exposed on the Prince-paraphrasing emptiness of End Of The World Boogie (‘‘Dance like it’s the end of the world’’). Sadly, the rejuvenated Rory’s revs have backfired. 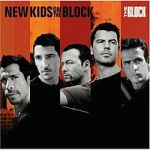 New Kids On The Block: The Block This reviewer wouldn’t deny feeling a certain nostalgic warmth for NKOTB classics such as Cover Girl and Tonight. But, after 14 years away, the old Block are sounding a little chipped, and are hangin’ rather limp these days. Who would have thought a surefire notion like bringing in R&B heavyweights like AKON, Ne-Yo and Timbaland could end up sounding so lightweight?   Mid-tempo is the new rockin’ for all ageing boybands, and these 15 similar tracks merge almost seamlessly into a pool of laid-back, clinical gloop. Vocals are either heavily whispered (presumably attempting ‘sexy’) or rendered anonymous through an over-used vocoder, making it difficult to distinguish between Sporty, Scary, Baby, Sexy or Dorky.   Without any standout hits (neither Summertime nor Single work, although Full Service almost does), the Block is a real shrinker: it sounds worse every time you play it. A horrid, indelible new blot on the kids.