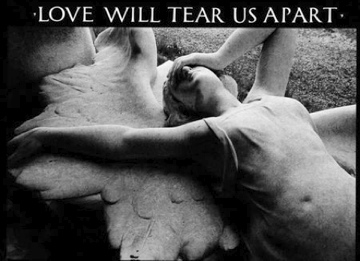 Originally published in U Magazine, February 2008

If there’s one thing most women desire of their men, to show them just how loving, caring, sensitive and thoughtful they are, it’s a spontaneous display of romance. Presumably that’s why St Valentine’s Day was invented – it’s the most heralded, advertised, hyped and commercial piece of romantic spontaneity most men can muster.

On this special day, we are wont to spoil our entirely suspecting ladies with lavish gifts, like silk heart-shaped cushions, genetically modified flowers, handmade child-labour-intensive chocolates or fluffy cashmere Dyson cosies. Instead of the usual takeaway, we’re prepared to go the extra yard and find an inviting chipper with seating. Nothing but nothing brings out a man’s romantic ineptitude quite like Valentine’s Day.

If love is, as Plato suggested, a grave mental disease, then Valentine’s Day is organized, commercial Bedlam where men are concerned. While women’s hearts are a-flutter with sugar and spice and all things fattening, men’s hearts are heavy and in grave danger of seizing in fright.

In many ways, Valentine’s Day is more fraught with worries than Christmas, largely because it’s not a public holiday. Time away from work means that the disappointment brought on by ill-chosen Christmas presents can be smoothed over and eradicated by the time you go back. But with Valentine’s Day gifts, there’s that horrible, panicky feeling that women will be comparing notes with their colleagues, possibly whilst awaiting a sizeable delivery of flowers – and men who don’t come up to scratch will be forced to face the consequences of their shortcomings later.

After all, what does Valentine’s Day really mean to men? As anyone who’s familiar with top-selling loo-read The Incredible Book of Vatican Facts and Papal Curiosities will tell you, the Vatican dropped St Valentine from their official liturgical calendar in 1969 – so even that society of men don’t know what to do with it. It has long since been left for well-known charitable organisations Hallmark and Interflora to pick up the celebration – and for us to pick up the tab.

So what exactly can the hopeless non-romantic do that will make a difference on a day which demands more sincerity of our hearts than any other day of the year? Well, convention dictates he firstly buys a card.

Sadly, this is a minefield. Faced with an infinite selection of soppy-looking pink cards, a man can easily panic and end up purchasing an unpostable, barn-door-sized cardboard effigy of a teddy bear or loveheart, bearing some toe-curling, stomach-lurching verse, written, in all optimism, by some friendless, lonely, bifocal-wearing sap in Kansas. Only when he gets it home does it dawn on him that no one in their right mind would want to receive such a thing.

Perhaps, he may think, it’s a better idea to make his own card? Well, only if you’re reasonably artistic. I once received a spine-chilling homemade Valentine’s card from some lovelorn nutcase, a tatty, soggy piece of folded A4 paper that reeked of Tramp and Copydex, and bore more resemblance to a kidnap ransom note than any token of romance. Beside a few lines of syntax-free verse, pledging undying lust and an overdue requirement for a thesaurus, there was a stuck-on, cut-out heart that would have looked more at home on a butcher’s shop counter. In no way was it going anywhere near my mantelpiece.

“Say it with flowers”, the advert used to say. Say what, exactly? “I haven’t the beginnings of an idea”, perhaps? The difficulty here is that men are the ultimate last-minute buyers and last-minute flowers always look, and make the recipient feel, like an afterthought. It’s good for Spar and Esso, whose floral buckets do brisk business around the 6pm mark, but it’s not good for the hapless male who then has to present them to his beloved. Or ex, as she might start calling herself from then on. Either you make an early call to Interflora or it could later result in a call to Interpol.

The same thing applies to restaurants, although the rules change here to put you at a disadvantage. Many have Valentine’s Specials, a crude way of upping margins, shooing in more punters elbow-to-elbow, and spoiling any hope of an intimate candlelit dinner because you have to raise your voice above other couples’ barf-inducing smooch-talk. But a carefully-chosen restaurant booking will at least show you care; leaving it until Valentine’s night means, at best, a dank tourist hovel that, under normal circumstances, you’d only take a woman to if you were planning to dump her.

As with everything, men are often hopelessly unprepared for this day, mainly because romance doesn’t come naturally to them anymore. They’re no longer thinking outside the chocolate box. Gone are the mythological days of naturally romantic poets, gallant knights and eligible Princes Charming who knew how to sweep a woman off her dainty feet with a chivalrous flourish – unless you spend your days watching Barbie DVDs, that is. Instead, cynicism has produced selfish, self-styled chancers, cads and boors, men too easily distracted by themselves, who think that making a huge token gesture is what’s required and who don’t just focus on the person rather than the day.

Valentine’s Day may simply have become another victim of our times; prices and people’s expectations both rising with perceptions of increased cash and decreased taste. It needn’t be the case. A successful Valentine isn’t about affordability, it’s one where the thought really counts, where time spent in preparation pays off in the most rewarding way; and very often, that means less is more.

Tokens of affection shouldn’t be dictated by anyone advertising gifts, dinner specials or weekends away, lovely though these may be. Who can actually put a value on someone making the effort to have the person closest to their heart feel utterly loved, worshipped and desired on a special celebratory day, by doing something unique to them? A home-cooked meal, a good bottle of wine, a nostalgic conversation about their own love story, a little surprise gift and some selfless sharing – it’s a day for time spent and a little imagination applied, more than any of the clichéd trinkets associated with the biggest retail opportunity between Christmas and Easter.

And please, please, no matter how tempting or easy it seem to be, steer clear of those appalling Love Songs CDs that get dusted off year in year out – how on earth could anyone feel in the least bit romantic, let alone sexy, with Celine Dion or Jennifer Rush screeching away in the background? A couple of glasses of full-bodied and your heart will go on with the power of love. No, honestly.