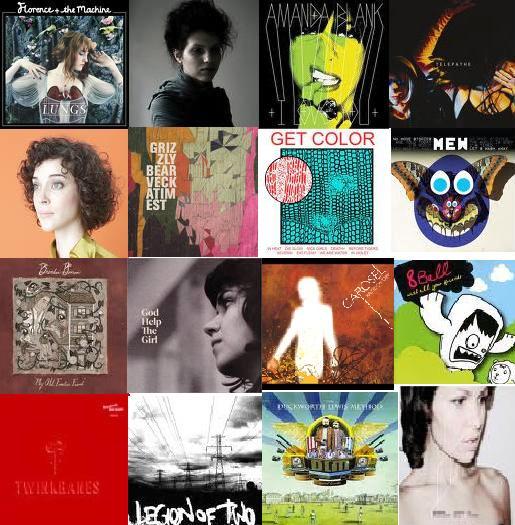 An article not too dissimilar to this one appeared in The Sunday Business Post on 19th December.  Yes, that was a long time ago and this is now way too late to fascinate anyone but I went to the trouble of making a crap montage for it – so here it is.

2009 will undoubtedly be remembered for the emergence of a new generation of bankable female talents – not simply manufactured, flash in-the-pan commercial successes, but genuine artists who released albums of enduring influence and integrity.

Foremost was, of course, Florence and the Machine, with the eponymous Ms Welch’s debut, Lungs, exceeding many expectations in terms of quality and sales.

But bubbling under were many works with perhaps less commercial appeal but at least equal resonance: prodigious Austrian teenager Anja Plaschg, under the name Soap & Skin, gave us her spooky, gothic opus Lovetune For Vacuum; mucky rapper Amanda Blank’s I Love You persuaded me she’s one for the future as well as the present; Brooklyn duo Telepathe’s debut Dance Mother gave Animal Collective’s avant-garde dance niche some serious competition; and St Vincent‘s beautiful and joyfully inventive second album Actor pipped everyone else to be my album of the year.

Elsewhere, Brooklyn’s critically untouchable Grizzly Bear gave us perhaps the indie-cool revelation of the year with their masterwork, Veckatimest, while electro noise rock experimentalists Health regaled us with their thoroughly rewarding second long player, Get Color.  Denmark’s Mew also continued their relentless pursuit of near-perfection with the magnificent No More Stories Are Told Today.

In slightly more mainstream territory, erstwhile Raconteur Brendan Benson got back to what he does better than anyone on his magical collection of power-pop nuggets, My Old Familiar Friend, while, taking a break from Belle & Sebastian, Stuart Murdoch’s God Help The Girl was an excellent exercise in cutesy-pop majesty.

Domestically, 2009 was a bumper year for Irish albums, with some works of true greatness.

The utterly cosmic Twinkranes gave us the dazzling Spektrum Theatre Snakes, 8Ball rolled out the astonishingly brilliant With All Your Friends, while Legion of Two created industrial noise and magic with Riffs.

Honourable mentions go to Dublin/Kildare duo Carosel for their pristine collection of sweet, summery pop, Kaleidoscope, and the self titled, cricket-themed debut from super-duo Neil Hannon and Thomas Walsh as The Duckworth Lewis Method.

Best of all, though, was the masterfully atmospheric electro-pop of Dark Room Notes‘ We Love You Dark Matter – an album that might well see the Dublin based quartet’s influence deservedly spread worldwide in 2010. 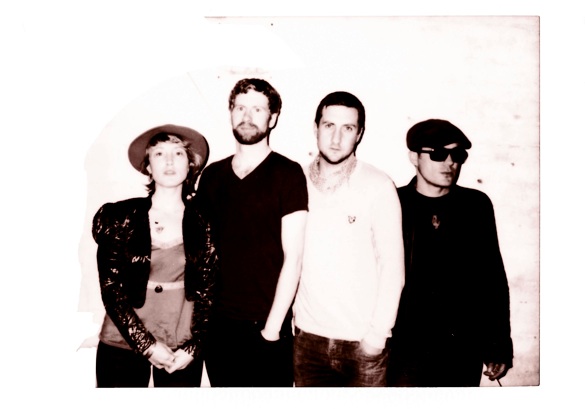