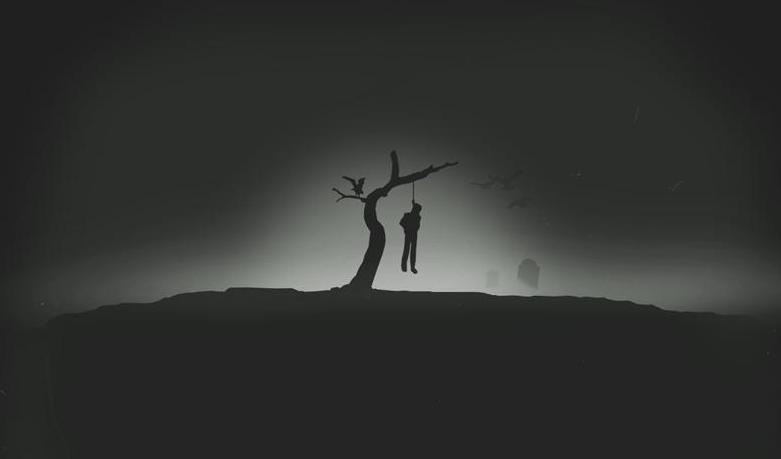 “It was now the representation of an object that I shudder to name –and for this, above all, I loathed, and dreaded, and would have rid myself of the monster had I dared –it was now, I say, the image of a hideous–of a ghastly thing –of the GALLOWS!–oh, mournful and terrible engine of Horror and of Crime–of Agony and of Death!”

When I first read Edgar Allan Poe’s The Black Cat, it was tucked away amongst some depressingly bad ghost stories in a collection of supernatural tales bought for me by my grandmother.  She was surprisingly willing to indulge what my mother called my ‘morbid streak’, something I am eternally grateful for.  Not long afterwards, I borrowed Poe’s complete works from the school library (an edition my grandmother made sure to buy me soon afterwards) and so began a lifelong love.

But it was a new love that (literally) hung on a single word: gallows.

I read the above paragraph over and over again; they do say that the best scary stories are spine/bone/blood-chilling, and that single, capitalized word certainly scored the hattrick with me.  The odd thing about that was, as I sat there under the blankets in my chilly attic room, I had no idea what a gallows actually was.   Even after years of playing hangman, I hadn’t heard the word said before.  And, reading a tale like The Black Cat on a dark and windy Scottish night, there was no way I was getting out of bed to fetch my dictionary.

The word and its imagery became a brief obsession.  OK, perhaps not brief, since the word still makes me shiver.  At the time, I began drawing pictures of gallows in more and more intricate detail  – well, it made a nice change from drawing beheadings.

In rather demented fashion, I looked up true tales of the hanged and their hangmen back at the library.  I wanted to know where public gallows were situated around the UK.  And then, I made my own gallows out of lolly sticks and a rubber band, which became the landmark of my ‘insect graveyard’ – a plastic tray filled with earth, under which I would bury various beasties I found dead on my windowsill.  Yes, I even made them little grave stones: “Here Lies Fly”, etc.   As I say, my mother thought I had a morbid streak.

I recall all of this today for a very silly reason; it’s the birthday of an old friend, who, in 1991, told me I possessed a ‘graveside manner and gallows humour’.   I still love the word, particularly in its written form.  Of course other combinations of words are likely to cause me to shiver but none has the devastatingly creepy effect of the single word that brought Poe into my life forever.