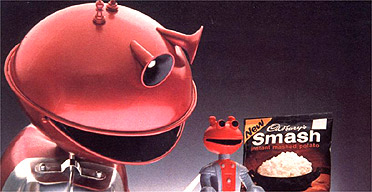 A few days back, a colleague and I were discussing the timing of some inconsequential matter, and I happened to estimate it occurred “around dinner time”.   He smiled and said, “so that would be tea time for me”.  It reminded me of a recent piece by an Irish journalist I’m fond of reading, who disparaged the type of people who have their dinner in the middle of the day.  Is it, I wondered, simply a class issue, or are people who still have their ‘tea’ as the last meal of the day caught in a time warp?

It took me back to the first time I had to think about the nature of the names we give our meals.  Back in the early 1970s, we were very much a ‘breakfast, dinner and tea’ family – those were the words I was taught to use, and when you’re finding your way in the world, you form comforting associations with words, times of day and, most particularly, food.  But then, only a couple of years later, the children of some friends of my parents rudely introduced me to the word ‘lunch’, and those comfort zones were destroyed forever.

To this day, I still think the word ‘lunch’ was invented in the mid-’70s by snooty, upwardly-mobile bullies.  I have no idea why I adopted it, but it was probably under duress, as I remember quite clearly being sneered at for not using it.

‘Lunch’ wasn’t so much a word that defined where you came from but where you imagined you were going.  My parents soon adopted it too – probably around the time they started voting Tory.  I used the word without really thinking about it until, in the late ’80s, I noticed it had suddenly become a verb – lunch was no longer just something you had or took, it was something you did.  Nowadays there are even, they say, ‘ladies who lunch’ – but I’ve never seen them, and I’m not entirely sure who they are.

Is there a need for conformity on this issue?  Well, perhaps, but maybe we should think about the appellations we use for these meals.

The thing is, the words themselves are important.   To me, ‘dinner’ evokes images of hot, substantial, nourishing food, the largest meal of the day – isn’t it far better to work off a giant meal over the course of an afternoon than to slob in front of the TV and then go to bed on such a full stomach?  ‘Tea’ then sounds like a lovely light meal, something again nourishing but not too filling for the evening.  And, to be honest, if I think of comforting things from my childhood, one would certainly be my mum shouting “tea’s ready” from a steam-filled kitchen.

Who knows, it could be there’s a link between the modern obesity epidemic and this emphasis on having ‘dinner’, our largest meal, at the end of the day instead of the middle.  Did the ‘dinner and tea’ brigade have sensible eating properly labelled all those years ago?

To me, ‘lunch’ sounds like a cheese sandwich and an apple, but perhaps that’s just me being reminded of ‘packed lunches’ at school.  Still, maybe the solution to Britain and Ireland’s current obesity problems is for certain types of people to cut out ‘dinner’ altogether  – or would a mealtime regime of ‘lunch’ followed by ‘tea’ seem just a little too odd?