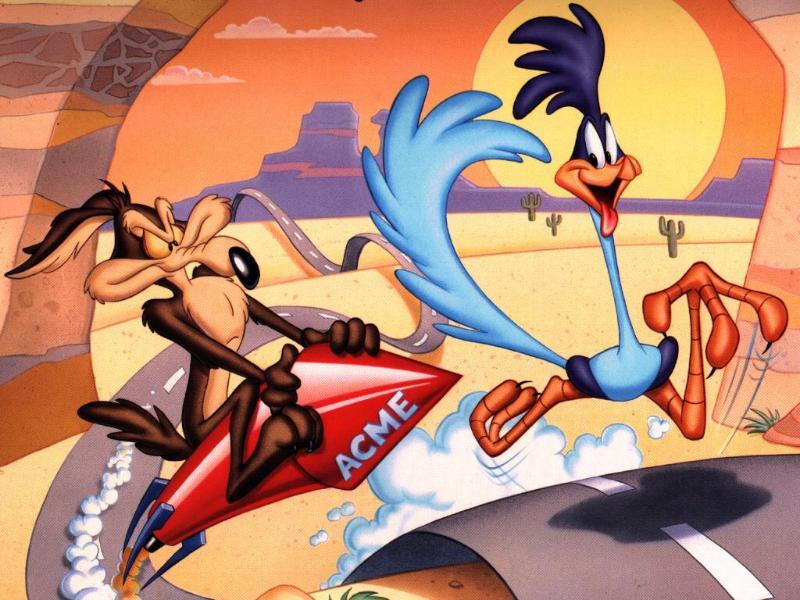 Look, don’t bother going to see Cats and Dogs: The Revenge of Kitty Galore.  As if you were going to.  It’s absolute rubbish.  Even if you have children pestering you to take them to see it, avoid, avoid, avoid – it’s for their own good.

However, if you really can’t say no to your little darlings, all isn’t lost.  Preceding it is a 3-minute, 3-D cartoon of Wile E. Coyote entitled Coyote Falls.  I only had to see the Warner Bros shield logo coming bulging out of the screen and I was already laughing in anticipation.  In fact, I laughed for the full three minutes of the cartoon – there wasn’t three minutes of laughter in the entirety of Cats and Dogs.

It won’t spoil any of your fun if I tell you that, despite employing a bungee rope, Wile E. still fails miserably to catch Roadrunner and ends up being smacked and mown down repeatedly by articulated lorries.  It’s wonderful, in the old tradition of Wile E. Coyote and Roadrunner cartoons.  Just look at the one below – it’s non-stop hilarious.  Why-oh-why didn’t WB just make a feature out of it and not bother with the Cats and Dogs nonsense?