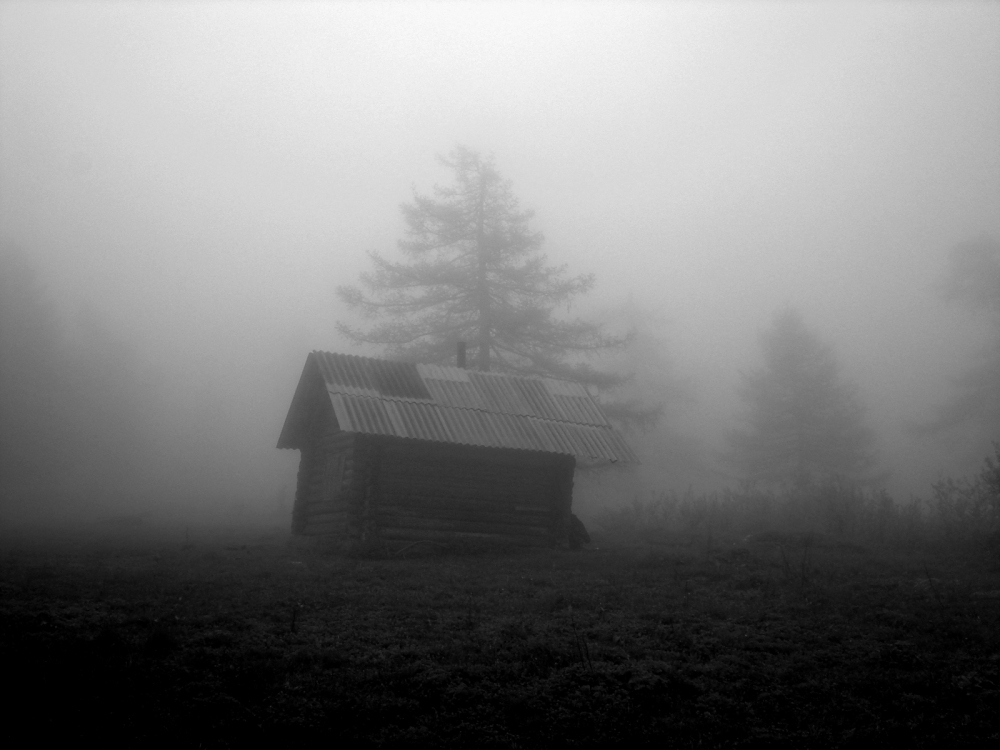 In a damp, misty corner of the garden, in the shade of a dangerously overgrown, gnarled tree, sits an unimposing, unkempt little shack. For many years, it has been unloved and, frankly, unlovable. Filled to bursting with torn boxes, rusting tools and mouldy furniture, all concealed behind a warped door, it looks forlorn, abandoned and condemned.

At least, that was the case until last weekend. In the spirit of the changing season, with its symbolic chucking of all clutter, filth and negativity, I decided it was high time I restored this pitiful shell to something of its original purpose, if not former glory. Its previous owner / inhabitant had a Christian name in common with me, but very little else. In his advancing years, he had to give up his little garden retreat, meaning that by the time I took up residence, it was already showing signs of weariness.  Sadly, a lost padlock key means there’s also a hole in the door where I was forced to break in.

But for all that, I felt it was my duty to resurrect the shed. After all, from all the clues littered about the garden and the house, it was clear my predecessor was an astonishingly resourceful man. When a home and its surroundings bear the hallmarks of DIY, it’s not always a great sign; but, and it took me too many years to realise this, regular, painstaking DIY is also a sign of love, pride and happiness. So, there’s a lot to live up to. I’m practically useless at practicality but now I have a place to start trying.

I began by removing almost everything from the shed and putting back only the things that should be in a shed: shelves, tools, hooks, canisters of poisonous stuff, bits of rope, copper piping and a big box full of assorted nails, screws, nuts and elastic bands – every shed needs one. Over the course of a single day’s toil, I was a changed man. This was my den, my domain, my spot in the world.  I didn’t want to leave my shed. I’d put everything in its place, and I now knew where everything was. I could show people around (albeit by standing in one spot and rotating, gradually) if they so wished. Last night, I even attached little motion-sensor lights to the walls so I could go in there after dark, if necessary. This weekend, I’m considering the possibility of creosote.

The process also meant that I sorted out what turned out to be an action replay of happy moments from my life: demos and posters of my former bands, old books, framed pictures, little hand-me-down trinkets and many other reminders that I wasn’t always entirely useless. A single decision to ‘sort out the shed’ has become an overwhelmingly positive change.

What happened to me? A new sense of pride? Of purpose? Ownership? I’m not sure but whatever it is, it’s been missing for years. For the first time in my adult life, I can actually stand in my own little workshop and remember fondly all those times I watched my grandfather working in his. He’d probably be proud of me now, even if I have none of his natural genius as a craftsman.

As middle-aged as it all sounds (I know), I’ve gone some way to understanding why history and nature dictate that men should have sheds. It’s not for hiding in, pretending the world doesn’t exist; rather, it’s my new headquarters, a cornerstone of my little existence on the planet and the place the kids can point to and say “we’re not allowed in there”. I feel like a real dad, and it’s wonderful.

One thought on “A shed of one’s own”