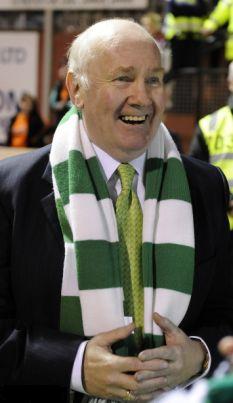 Cherry-picking Irish fans of top UK football teams would no doubt have been in a glory-seeking lather last night as Man Yah-Noy-Reh took on Celtic at Ye Olde Trafforde, in what they probably weren’t calling ‘The Battle of Britain’. I’m sure there was much coin-flipping as to which way around the reversible jersey would be worn just before the first English team to win the European Cup kicked off against the first Irish team to win the European Cup. There would have been mixed feelings aplenty at the final whistle, as United comprehensively trounced the Celts 3-0, and few complaints from Glasgow diehards, give or take a marginal offside decision or two.

Still, whatever about lifelong, paying supporters from Manchester or Glasgow, Ireland simply couldn’t really lose either way last night – pretty much par for the course in the Champions League these days, as an astonishing quantity of people here put their considerable weight (and money) behind Manchester United, Liverpool, Arsenal and even the butchest of old British bulldogs, Chelsea; and sure, we can even say we’ve “always” supported Juventus, Inter, Real or Barcelona should our choice of English team “crash out”. The fact that “foreign billionaire” ownership is practically de rigueur in England, and makes these teams more of a globalised brand than a local sporting concern, no doubt gives the cherry-pickers, wherever they happen to be from, a degree of self-justification. We all like to be part of a winning team, after all. Why would so many of our citizens go around wearing Converse trainers, supping Starbucks and Coca-Cola, munching at MacDonald’s and supporting Ya-Noy-Reh if they were interested in expressing their individuality?

Of course, it’s far easier for the top English clubs to bask in such luxurious international fandom and financial glory; it’s a country of over 50 million citizens, TV rights and sponsorships come as the result of furious bidding wars, and anyway, vastly rich people from all over the world are queuing up to own these clubs just so they can play Fantasy Football with real, live players. It’s not so easy for Scotland who, with two rival sides both attracting more or less 50,000 supporters to each home game, aren’t doing half badly by themselves. The problem they have always had is that their brands just aren’t as attractive to people in China, Japan and South Yemen, unless there’s been a streak of Scots or Irish ex-pats who took the lion rampant or green clover with them on their long holiday and spread the word. Of course, 40-odd years of rising sectarian bitterness across the city of Glasgow can’t really help as a selling point. With Rangers and Celtic in persistent hot water over the idiotic songs of hatred being sung from their respective stands, it’s hard to know what business person or group would welcome or withstand such an association.

Rangers’ Ayrshire-born chairman David Murray, a die-hard, blue-nosed, blue-rinsed Tory, would have few qualms about selling the club to whomever came up with the money, especially if he thought it was in the best interests of the club he undoubtedly loves and supports. However, his opposite number at Celtic, John Reid, was this week adamant, during an interview on BBC Radio 5 Live, that his club would not be allowed to fall into the hands of what he described as “foreign billionaires”. Presumably he was talking only about Thais, Russians or Arabs, because the former British Home Secretary and Labour Party Chairman then praised the support of Celtic’s majority shareholder Dermot Desmond – a man who is from Cork, People’s Republic Of, Republic of Ireland and therefore must be, to a club based in Glasgow, Scotland, United Kingdom, a “foreign billionaire”. Perhaps Desmond’s recent £50,000 donation to David Cameron’s Conservative and Unionist Party makes him a bit more British, although quite how that squares with the traditionally socialist, one-time Communist John Reid or, indeed, the Celtic support, who have a long-standing tiff with the very notion of Unionism, is anyone’s guess.