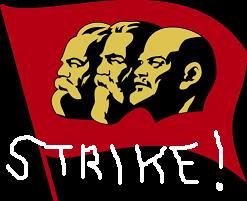 As a former teenage Civil Servant back in Scotland (Britain’s Official Secrets Act forbids me from stating where, which makes it seem way more dramatic than it actually was) during the Thatcher era, I get strangely nostalgic whenever I flick through that venerable journal, Public Service Review.  For those who may not have come across it, it’s a full-colour pamphlet, which comes out every couple of months, in typically lackadaisical fashion, for the sole purpose of providing entertainment during elongated Civil Service tea and toilet breaks.   It’s patently not for public consumption, as it rejoices in publishing photographs of public service employees, not serving the public or in any way working, but attending seemingly endless meetings and committees.  Flick through any given issue, and there they all are: picking noses, scratching ears, nodding off, chortling, quaffing tea, munching biscuits, listening intently to bearded speakers go on at length about “fair pay”, “negotiations”, “industrial action” (surely the funniest tautological oxymoron of all time), going on protest marches (I really wish marchers would chant “SIPTU-three-four, SIPTU-three-four”) and generally putting the public’s money to great and profitable use.

Don’t get me wrong, I’m a fan; I used to be one of those narcoleptic cookie monsters. Even as an 18-year-old temp, I realised what was going on.  The Union reps would look after things like Health & Safety or Sports & Social, because it meant they could always justify swanning around the office with a clipboard, sucking through their teeth and shaking their heads and calling extraordinary meetings at the drop of a stubby pencil.  The union reps in my office were the usual woolly (literally, sweaterfests) lefty types, but were astonishingly protective of their positions.  Every time it came around to Union elections, they would heavily advise us not to vote for the Militants.  Now, I had no idea who anyone on the ballot paper was at all, until they pointed out which ones were the Militants – therefore, it was these hard-left, red-tied, sharp-suited Trotskyites who duly got my stroppy vote.  I realised what the scam was; if the soft-lefties were the Union reps, they wouldn’t cause too much trouble for management and therefore would be allowed to carry on floating about the office with their sweaty, furrowed brows, do-gooding clipboards and “Nuclear Power – No Thanks!” badges, avoiding all forms of gainful labour, just so long as they didn’t upset the apple cart too much.

Anyway, back to the publication in hand: in keeping with tradition, the festive edition of Public Service Review (front page headline: “United We Bargain, Divided We Beg”) features a grand and handy ‘Public Service Executive Union 2009 Calendar’ which comrades are asked to tear off, crease and then fold into an attractive desk adornment.  It comes with the following instructions:

That should kill a good three hours, then.