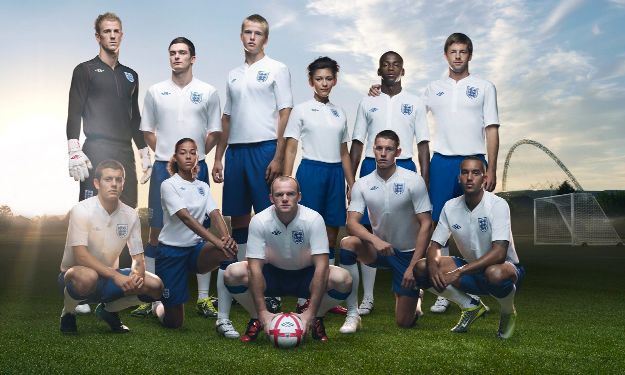 The arrogance of The English (formerly known as the England football team) and misguided opinion of their own importance continues to show it knows no boundaries or sense of perspective.  Not only have they launched a new and expensive football kit when their popularity is at an all-time low, and even their most stupidly die-hard fans are unlikely to want to buy it, they have returned to the preposterous idea that they are somehow “Britain” by once again manufacturing BLUE shorts.

It always struck me as being the height of imperial ignorance that The English wore blue, a colour which appears nowhere on their flag and has no other reason for appearing than its appearance on the British flag – which is, of course, courtesy of us Scots.  In a way it’s flattering that they’re so keen to include us but I, for one, really don’t wish to be involved.  Getting England to realise it’s not Britain is almost as hard as trying to convince America it’s not the World – but I’m sure we’ll carry on reminding them both. 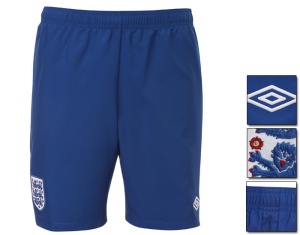 To add hilarity to their obviously injured pride, The English kit has been designed by former Joy Division sleeve designer Peter Saville – so at least we know what sort of miserablist sounds went into clothing the most depressingly unattractive football team Britain has ever produced.

4 thoughts on “England is (still) not Britain”