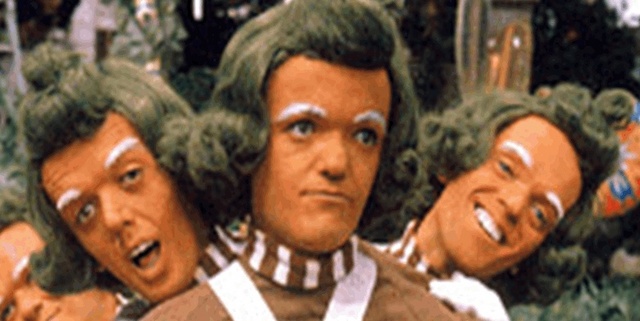 With schools returning from their summer recess, the focus shifts to our children’s education once again. At this time of year, difficult choices lie ahead of them; as always, one wonders just how well-equipped they are to cope and whether potentially life-changing decisions, which have to be taken at such a tender age, will stand up to close scrutiny.

Take the words of one concerned young girl on a public message board as an example of the sorts of dilemmas facing today’s teenagers: “I was just wondering how short you think the skirts girls wear to Wezz should be? Some of them are ridiculously short but what do you think is acceptable? Just curious…!”

Finding sensible, supportive advice to these sensitive issues from reliable sources is crucial at this stage of a child’s development. Fortunately for this particular poster, a sound, commonsense opinion was forthcoming: “I think skirts look reli hot, wit a respectable top, lyk if u have a reli short skirt and a reli revealing top, u just luk cheap.”

Not all teenagers are quite so lucky in the information they gather, however. With so many concerns, ranging from catchment areas to the consequences of a two-tier system, today’s teenagers often feel isolated and need much more understanding about the issues presented to them than in years gone by. Institutionally divisive practices can hit pupils hard at a crucial stage of their development, creating confusion and alienation with possible long-term psychological side effects in which competition is prioritised ahead of education.

As one female victim of this syndrome pointed out: “Yea, I saw some girl (lyk rele hot) but she did absalutly nuthin 4 herself by wearin a realy tight skirt lyk rolled at the bottom up 2 her ass and then sum white string top lyk rolled up 2 her boobs – do they think the more flesh is showin, the hotter they are?”

Even for the more levelheaded young individual, the effects of such a competitive culture can have a devastating effect on their relationships with their peers. “I’m not the biggest fan of denim skirts,” said another, “’cause it’s lyk so hard 2 move in them but they luk so hot! On the way 2 Wezz once, we drove passed Spin, and u sud have seen the outfits, they luked ridiculous!”

However, it’s at the lower end of the educational scale that the most damning effects of such divisions are felt. Parents have every right to be afraid and concerned about the information their children are receiving but need to pay as much attention to the child’s interpretation of it.

One young man unwittingly highlighted this particular area of concern when he wrote, “I h8 the way fat birds wear short skirts, it’s like sorry y r u flaunting it when u clearly ain’t got it?”

Even if there are clear issues with interpretation, we still have positives to accentuate from these aspects of the educational system. Clearly literacy may be one area of concern but there is good evidence that the top performers can read and interpret well, even if one particular genius’s statement belies a strong dissatisfaction with current governance.

“Outside Wezz there is clearly a sign stating ‘Sports Grounds, No Dogs Allowed’ – but half the girls don’t meet this rule.”

The only advice available to parents is, therefore: lock up your sons and daughters.